Managerial changes at the Premier League's top three clubs will make for a fascinating season. 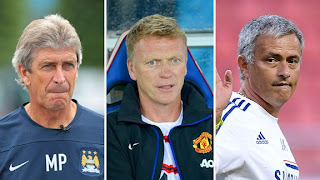 In a world in which the rich are getting even richer and success seems increasingly the preserve of a select handful of clubs, this season's Premier League promises a rare openness, with the big three of Manchester City and Chelsea all changing manager. It is an instability that could just open the door for Arsenal, Tottenham Hotspur and, with a couple more signings, perhaps Liverpool.

For David Moyes, Manule Pellegrini and Jose Mourinho there are tactical issues to be addressed. And it says much for the globalised nature of the modern game that one whose approach seems most attuned to how his new side played last season in the one with no Premier League experience: Pellegrini. With Moyes, of course, the comparison isn't entirely fair, for it is not comparing like with like to look at how he played with Everton and imagine that approach mapped on to United. Moyes did wonders on a restricted budget at Goodison Park, and if his team's football was at times more rugged or more defensive than United fans would like even, at times, more than Everton fans were happy with- then the pragmatism was at least understandable in context. 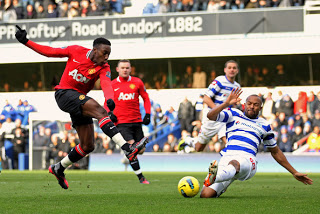 Moyes played 4-4-2 or 4-4-1 (the difference between which is often in the eye of the beholder) in the vast majority of his games in charge of Everton. It's not a huge leap from that to the 4-2-3-1 United played most of last season-and in many games United played a 4-4-1-1/4-2-3-1 hybrid with Wayne Rooney advanced of the two wide creators.

At Everton, Moyes, was flexible enough that at times-admittedly, usually because of injury-he would play Tim Cahill as a false nine. His side often played quite narrow through the midfield, with Steven Pienaar tucked in on the left to allow Leighton Baines to overlap, with either Kevin Mirallas, Steven Naismith or, occasionally, Leon Osman on the right - all of them players who naturally drift infield.

At United, Moyes' wide options- Antonio Valencia, Nani, Ashley Young, Danny Welbeck and Shinji Kagawa - are all more inclined to stay high and wide, so that will require an adjustment on Moyes' part.

More significant than the shape, though, is the style. Only Newcastle United and Fulham played more long balls per game than the 64 that Everton recorded last season, while only Manchester City, Arsenal and Southampton played fewer than the 59 per game recorded by United. Everton come under pressure and have to clear their lines quickly more often than United, and their midfield is not as technically accomplished. But that is just another adjustment Moyes will have to make. And that, in a sense, is the problem of appointing a manager who has experience of the Premier League but not of working at a club that expects to win every game and whose fans demand that their side takes the initiative.

Pellegrini has the opposite problem. He has coached regularly in the Champions League- and achieved remarkable results with Villarreal and Málaga- but has no experience of the Premier League.  History is not exactly awash with 59-year-old who have moved into a new culture and prospered, but English football is less idiosyncratic now than it was, say, the 54-year-old Slovak coach Jozef Vengloš took over at Aston Villa for one miserable season in 1990.

Pellegrini takes charge of a well-balanced squad with a rare mix of physical and technical attributes that has undergone sensible remodelling over the summer. The arrival of Fernandinho should lessen the burden on Yaya Touré as the more progressive of the two midfield holders, while Jesús Navas offers pace and penetration wide. City chief executive Ferran Soriano had promised three or four big-name signings, insisting that the focus this term would be on making the squad better rather than bigger-an acknowledgement that the transfer dealing of last summer had the transfer dealing of last summer had been flawed. So far he was delivered on that, with centre-forward Álvaro Negredo the third signing, and Stevan Jovetić being lined up from Fiorentina. 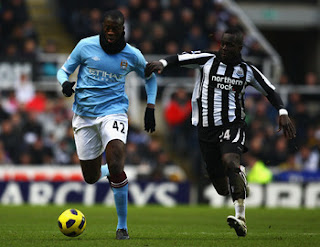 There was much mockery of City's hierarchy for explaining that Roberto Mancini had been sacked because they wanted a more "holistic" approach, although it's hard to know why. It surely makes sense for every section of a club to be puling in the same direction, and the appointment of Pellegrini is part of that. At Málaga, his preferred system was a 4-2-3-1, while at Villarreal he tended to use a 4-2-3-1 or 4-4-1-1 with two holding players. City's squad seems ideally suited to playing that way, with two of Gareth Barry, Touré, Javi Garcia, Fernandinho and Jack Rodwell sitting, and two of Samir Nasri, James Milner, David Silva and Navas wide.

Mourinho is unusual in offering both top-level Champions League and Premier League experience. Instead, the issue surrounding him, as so often at Chelsea where owner Roman Abramovich has consistently eschewed anything resembling a holistic or consistent policy, is that the players in the squad don't necessarily fit with his preferred style of play. The 4-2-3-1 shape the squad lends itself to is the same as the one he employed at Real Madrid - even if he did prefer a 4-3-3 in his previous stint at the club. 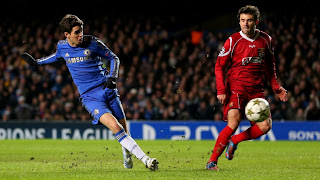 Interim boss Rafa Benítez did instil a certain discipline at Chelsea last season-in some ways transforming Eden Hazard into a player who tracked back-and Oscar is as a hard-working a central creator as there is, but this is still a squad made up primarily of neat, technical players rather than the more muscular figures Mourinho has traditionally preferred. Certainly if John Obi Mikel leaves, there is desperate need of an enforcer at the back of midfield.

And the really is the fascination of this season of the three arrivals on the benches of the big clubs, Pellegrini seems the new manager best suited to his squad, yet he is also the one least familiar with English football.
Posted by Daniel Júnior at 22:16