Football Tactics: Emergence of ‘Micro Tactics’ and the Changing Face of Football

Football is evolving, and how...gone are the days when teams used to line up with a default formation of 4-4-2 or a 5-3-2 and collide against each other in a game of skill and physicality. Great managers like Helenio Herrera, Arrigo Sacchi, Rinus Michels, Bob Paisley and Sir Matt Busby always played the same formations, and almost always, the same tactics. Managers like Paisley, Brian Clough, Johann Cruyff and Telê Santana always stuck to an ideology which formed the basis to their tactics and gameplay. And they were successful in creating some of the greatest teams in the history of the game.
A fast forward to the modern day game would see the likes of Jürgen Klopp, André Villas-Boas and Joachim Löw no longer sticking to a simple game plan. In fact, not many managers are ideology-driven today, as they are success-driven. Their tactics are evolving with time, and more importantly, self-evolving. To put things in perspective, on one hand you have a Pep Guardiola, who devotionally follows the time-tested ways of Barcelona, and on the other, a José Mourinho, who carves success out of outsmarting the opposition. In the former’s case, the ideology is more important, and drives the tactical aspect of the game, whereas in the latter’s case, there is no ideology, and the tactics are more dependent on the opposition. 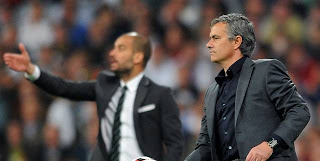 It would be futile to argue on which is a better approach, and I will leave it to the readers to decide for themselves, as that is not the subject of this article in itself. I would only like to hint at how football is progressing, and how the modern game of football is evolving. It is rather interesting to see what Raphael Honigstein of ‘The Guardian’ stated after Bayern’s defeat to Dortmund:
“After a decade in which having a strong “footballing identity” was seen as a must, Klopp’s approach tantalisingly hints at a post-ideological future when there will only be micro-tactics left”
What does this mean to the game? And more importantly, what does it mean to the common fan? There must be a lot of questions that arise in the readers’ minds.
But before all that, what is ‘micro-tactics‘?
To put it simply, micro-tactics is management at its highest level of complexity. Micro-tactics refers to defining each player’s role in a team to the last detail possible. But micro-tactics in football needn’t mean the same, as strategising need not mean telling others what to do. A large part of success comes from drawing a line as to where not to tell them what to do. No player would like to be bogged down with limitations imposed on him, even though a level of control is necessary. Micro-tactics also gives rise to tactics and formations that play best to the abilities of the players available, as opposed to asking the players to play according to an ideology. This allows the coach to extract the most out of the group of players, and thereby perform best to their abilities.
Football, as a game has evolved so much commercially and strategically, that it is no more just a game. Back in old days, it was played for pride and passion for the game. Money, and more importantly success has taken over as the prime motivation today. Head coaches today don’t have the luxury of building a team over 3 or 4 years and then trying to win something. Players want to play at the highest level and add to their silver collection right from the time when they are teens. Post-ideological football will be very different from what we have witnessed over the past decade or two. For a start, new player positions like “defensive targetman” and “fantasista” have evolved recently, which were not in use before.
What has been central to the gradual shift towards micro-tactics has been the rise of young managers like André Villas-Boas, Joachim Löw, Jürgen Klopp, Slaven Bilić, Ciro Ferrara and the likes. José Mourinho opened the floodgates by winning the league and the Champions League with an inexperienced Porto side at a very young age, and since then, we have had many young managers achieving various degrees of success with mostly young sides.
Mourinho has always been known for his tactical display on the field. He would shut the opposition out, and play from the back of the formation, with the striker expected to play more than one role. The midfielders and defenders are on strict instructions on how to play on the pitch. Most of his success comes from loading his own box with defending players and playing long balls up front. It is more probable that he would be remembered as the coach who killed the flair, rather than an advocate of the beautiful game. What an average fan forgets to notice is the kind of discipline and groundwork that goes into it. The manager has to convey to the last bit of instruction, to the players in order for such a tactic to work, as opposed to a free flowing game.
For a team that doesn’t train to a particular philosophy, it is all the more difficult to adjust and readjust themselves every week as the opposition changes. A manager needs to take into account the mentality of the players, and the trust they have on each other while devising tactics, apart from intensive scouting of the opposition. Here is where a manager’s intelligence and astuteness comes into play. It is believed that the German coach Joachim Löw scouts his opposition so thoroughly that he comes up with a list of five formations they play, and prepares his side intensively to play three of them. All with a single formation they play, that is a 4-2-3-1. What changes is the individual instructions. Broadly, there are two versions of the formation that Löw employs. One is a regular 4-2-3-1, which plays by retaining the ball and moving it quickly from one player to the other, while retaining the shape. The other, which is played against attacking teams, is a deep 4-2-3-1, which works more on counters, and mostly through the wide men, while Özil plays as a shadow striker. But Löw is able to play any formation that is put in front of him, just by tweaking how individual players are supposed to play on the field. 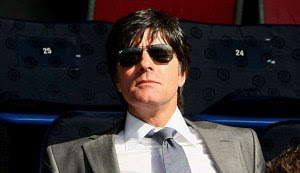 It is a similar case with Jürgen Klopp, whose team Borussia Dortmund primarily employs a 4-2-3-1, but there are broadly at least three ways in which they operate – an attacking version which involves quick and short passes, building up from the back, a deep variant which relies more on long passes and use of width, and an asymmetric version, which seeks to expose weaknesses in the opposition. Dortmund have performed so well, that they have been crowned the German champions this season. A lot of credit goes to the coach for identifying players that suit his tactics, and the players themselves for executing the plan on the pitch.
No amount of writing would suffice to stress upon the importance of scouting in the modern game. Every game is scouted, every move is dissected, and every weakness is laid exposed by the shrewdest of the managers. A case in point is Andre Villas-Boas, head coach of Porto, who are the new Portuguese champions and Europa League finalists. Villas-Boas, who grew up strategising and performing background work for great managers like Bobby Robson and José Mourinho. He is so good with his scouting of the opposition, that a picture from Chelsea tactic boards revealed that he scouted oppositions for Mourinho down to details like the average jump height of opposition players during set piece defending. By analysing the opposition to that deep a level, there is little that one could do wrong.  In his first season at Porto, he is undefeated in the league, winning 46 out of the 53 matches he has been in charge of, losing just 3. Stupendous indeed!
While there is a definite shift towards micro-tactics, it would be wrong to say that a definite football philosophy does not win you anything. Guardiola’s Barcelona have been winning almost every competition that they participated in, ever since he took charge. There are managers like Manuel Pellegrini and Carlo Ancelotti who involve micro-tactics within a philosophy, and there are managers who are gradually shifting from a definite philosophy to open-ended modern game.
Whatever may be the reason – may it be success or lure of fame and recognition, or the fear of losing or obsession with winning, or plain outsmarting the opposition, the game is changing. It is drifting towards a post-ideological era, where only micro-tactics will remain. And football will all be about numbers, stats and figures. That is not to say that the beautiful game will lose all its flair and magic. For there will always be a Messi in an Argentine team playing to a plan, a Zidane in a disjoint French team, and a Del Piero in Juventus shirt playing their hearts out, for the love of the game more than anything else.
Posted by Daniel Júnior at 14:47 No comments:

Signings, departures & possible starting XIs for the 2012-13 Serie A season

N.B - Only official transfers have been included

Posted by Daniel Júnior at 10:19 No comments:

Martínez was a member of the Ecuador team that won the 2007 Pan-American Games gold medal in Rio de Janiero. Cruzeiro of Belo Horizonte liked what they saw and kept him in Brazil but the move did not work out and, in 2010, he went home and joined Deportivo, taking him with a Brazilian box of tricks. 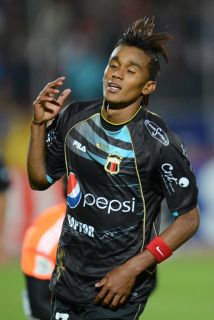 Martínez proved to be a key player in last year's domestic title-winning campaign. Deportivo's first option in the Libertadores was always to play the ball out wide to him on the left flank, where he was capable of tearing defences apart.
Given space he could surge past his man with sustained pace and a burst of acceleration; marked tightly he could roll his man or free a team-mate with a cleverly angled pass. He was most effective pulling back left-footed crosses for advancing team-mates - he played a huge part in Matías Alustiza's eight goals - but could also get into the box and score himself.
The last of his three goals in the campaign was the clear highlight, racing on from the halfway line against Universidad de Chile to blast in a unstoppable left-footed shot. In celebration of that goal, Alustiza pretended to be a photographer taking a shot of Martínez - and European scouts would be well advised to keep him in their sights.
Posted by Daniel Júnior at 23:28 No comments: