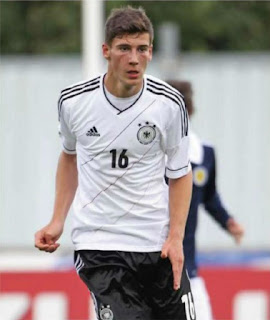 "I've never seen a boy of his age with so much ability and desire.," says ex-Bochum director of sport Jens Todt. "He has a genuine shot at becoming one of the world's best.
Posted by Daniel Júnior at 10:54